Sacred and Profane: the Art of Collage 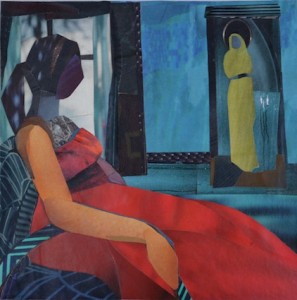 February brings four vanguard artists to the Cannon Beach Gallery. Eunice Parsons, Rex Amos, Liz Cohn, and Grace Sanchez will be featured in “Sacred & Profane: The Art of Collage.” Ninety-six year old Parsons is no newcomer to the Oregon arts scene and creates collage using torn bits of paper she collected over the decades. Rex Amos is Cannon Beach’s own skilled scissors man whose ability to cut complex edges with precision, transforming the cut forms into fantastic imagery, landed him in the Hallie Ford Museum of Art last summer. Liz Cohn hails from 12×16 Gallery and Gallery 6 PDX and is the innovator behind the “Playing with a Full Deck” series. Grace Sanchez often includes figurative elements in her collage, with narrative from the filters of experience. This exhibit is absolutely must-see material, only on display for one short month from February 1-28, 2013. An Artist’s Reception will be held on Saturday, February 2 from 5-7pm at 1064 S. Hemlock in midtown Cannon Beach.

Comments are closed, but trackbacks and pingbacks are open.

A big thank you to our Sponsors, the Tourism and Arts Commission and the City of Cannon Beach!